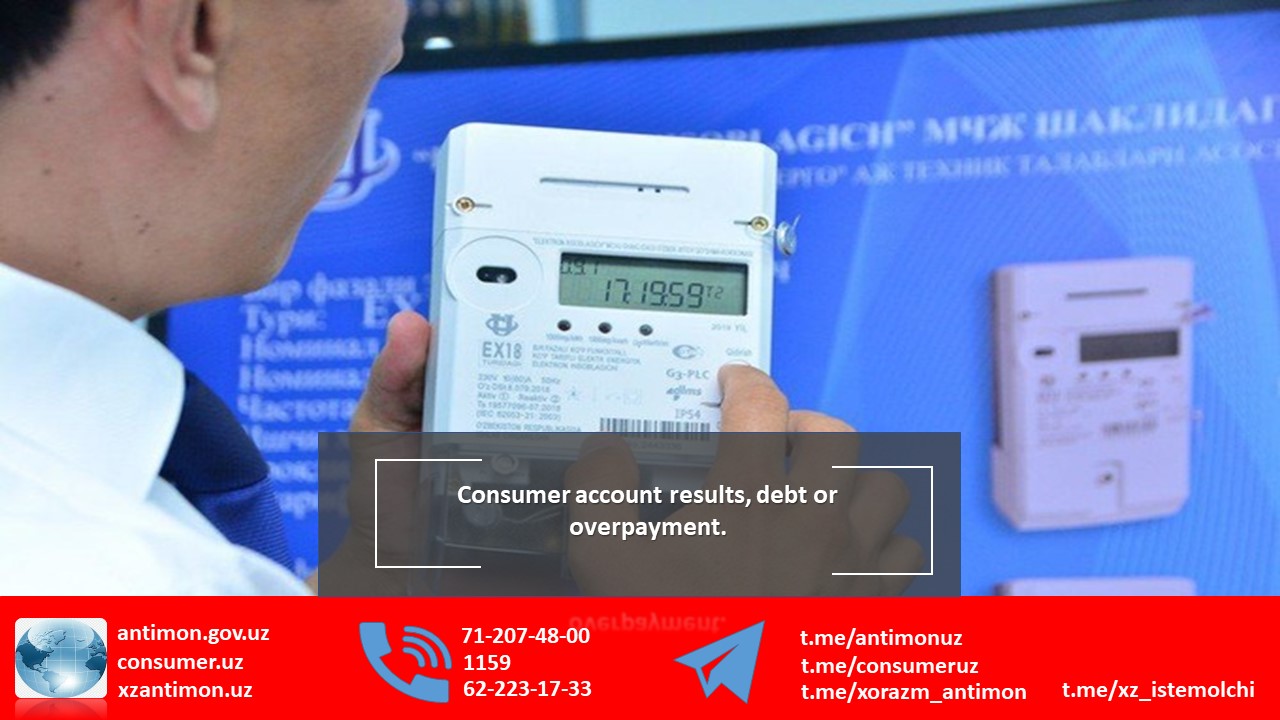 The Regional Office conducted a study on the treatment of a resident of Hazarasp district through the "Call Center" of the Consumer Protection Agency at the Antimonopoly Committee, dissatisfied with the debt for electricity.
According to information provided by “Khorezm Territorial Electricity Networks”JSC, it was found that the consumer's apartment was included in the Electricity program, and in a study conducted with the participation of citizens, the electricity meter amounted to 123 kW.
The study also confirmed the cases mentioned in the appeal, i.e. in 2020 excessive debt was accrued as a result of the improper introduction of 878 kW electric meters.
As a result of the intervention of the administration of the region, 222.7 thousand sums were recalculated in excess of the amount of the apartment, and it was found that a prepayment of 10,030 sums was made on the consumer account.бесплатно модули и шаблоны для dle