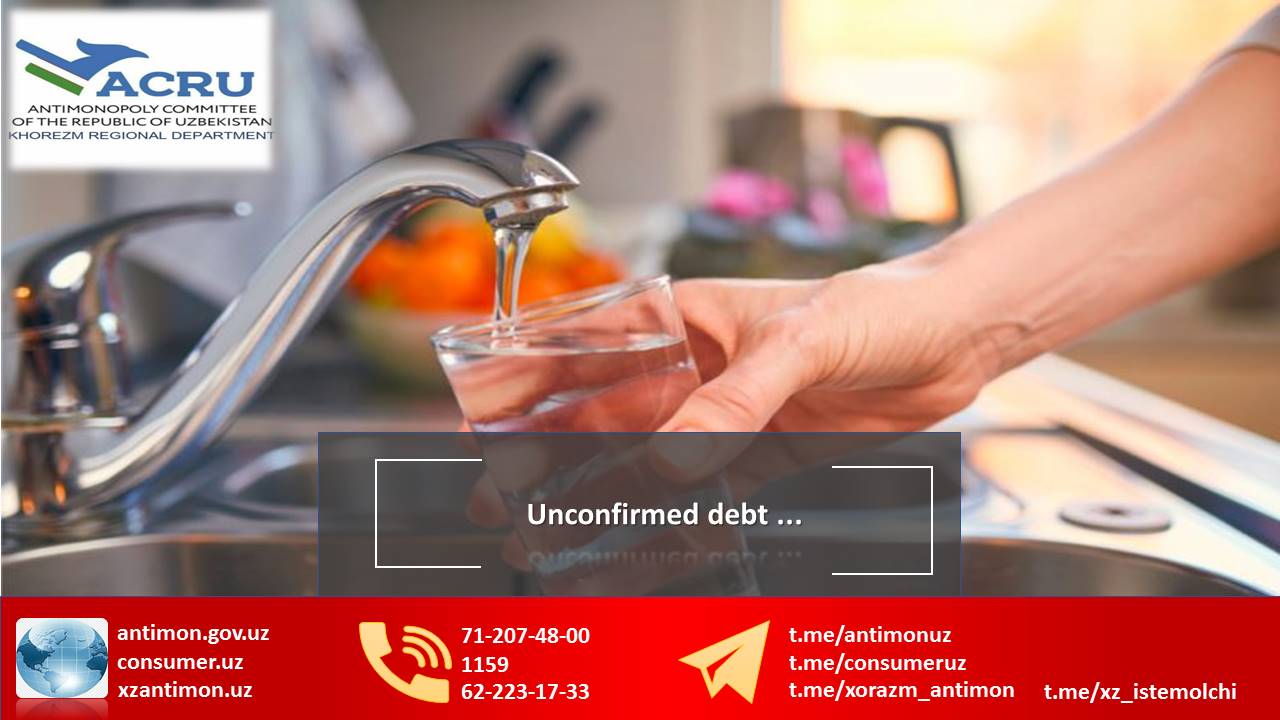 The terrotorial administration investigated a complaint by a resident of urgencha on Al-Khorezmi Street who complained that his house had not been fitted with pipes for drinking water, but on an unreasonable debt accrued by the Urgench City Drinking Water Authority.
During the course of the investigation, according to information provided by “Khorezm Water Supply” LLC, it turned out that there was no running water in the house and no one lived at the address.
On the basis of this, it was established that the debt of the citizen's household had been recalculated and there was currently no debt, and the sum of 1,800,000 sums, which had been found to be unreasonable, was allowed in favour of the consumer.
As a result of the intervention of the administration of the region, your rights and consumer interests were protected.
If you have such problems, you can contact the administration of the region directly.бесплатно модули и шаблоны для dle